On our cruise a few months ago we saw a comedian who said, "Singles girls are skinnier than married girls. It's true, they are." We all laughed and nodded in agreement, and I have thought about that a few times since then. It is so true, something about getting married and being happy and content in my life - I have gotten a little bit curvier over the past 3 1/2 years. I mean, who wouldn't like to lose a few pounds, but, my husband loves me and all my curves and I still am healthy, so I don't stress. Too much, anyway.

So, last night Tyler and I were talking about how we have both put on a few pounds since we got married, it's true, we have. I usually cook for him (not at all yesterday, but usually), he loves to eat, it's all good. So he tells me he's been eating "better" and naturally, I think he has been watching what he eats and "better" to me means eating healthier, right? No...he meant that he is eating "better" as in he eats more now and more regularly than he did before we got married.

I am sitting there proccessing this information as I think about what he had for dinner, French Toast (I did not partake and I did not prepare). Four pieces of bread, soaked in three eggs and fried in butter, then slavered in more butter and coated with syrup....YUM, but not "better." Then I think about his late night snack, when he came home from basketball, 2 Peanut Butter and Jelly sandwiches. At this point I am already giggling at his idea of "better" and I ask what he had for breakfast, 4 pieces of toast and four scrambled eggs. HAHAA - BETTER! So I add it up in my head and tell him that he had 7 eggs and TWELVE pieces of bread (almost a whole loaf on his own) yesterday and he says, "But I had a real healthy lunch! Blackened Tilapia." Haaa, like that makes a difference. That's like the women that get a Diet Coke with thier Quarter Pounder at McDonalds. The only thing that does make a difference is that he has the fastest metabloism of anyone I know and he plays full court basketball for 3 hours a couple times a week.

I guess if I can start running at a full sprint for 3 hours a day I can start eating "better" like I did when I was single. Oh well, single girls are skinnier than married girls and that is likewise for the boys. :)

PS - I have a super hottie husband and I am not complaining. Not even a little!
Posted by Jodi Rohr at 4:30 PM 1 comment: 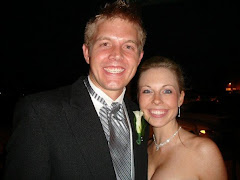 Tyler and I on our BIG day!

Jodi Rohr
I am a Christian woman who is blessed enough to be married to a fantasticly wonderful Christian man named Tyler.I am also the mother to a precious baby girl, Zolie. She is truly a blessing and a miracle and I PRAISE the Lord for her! Tyler and I got married June 23, 2006 and live in Friendswood with our adorably freckled dog, Ava. We love our church, our family, our friends, good food and good music. We wish we had enough money to travel the world, but instead we enjoy our time together and our life! 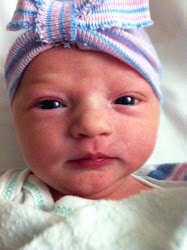 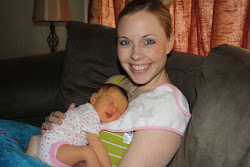 Me and my Baby Girl

me and my love